New Freedom Theatre is a community based black theatre that adopted its current building in 1968, the same year that Dr. Martin Luther King, Jr. was assassinated and the Fair Housing Act of 1968 was passed. The community theatre has used the space for 55 years to unite the community, to professionally train students for the arts, and to use the arts as a powerful means of expressing black history. 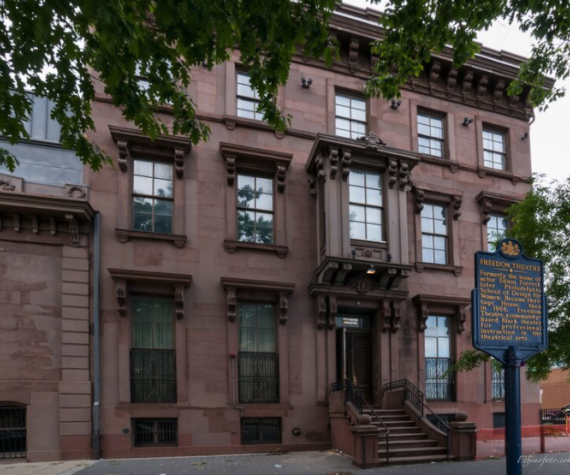 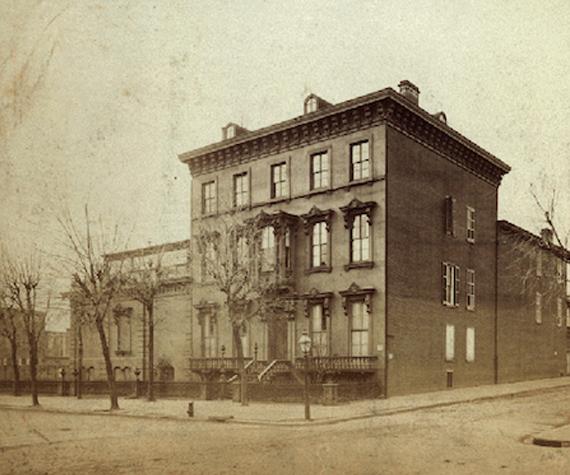 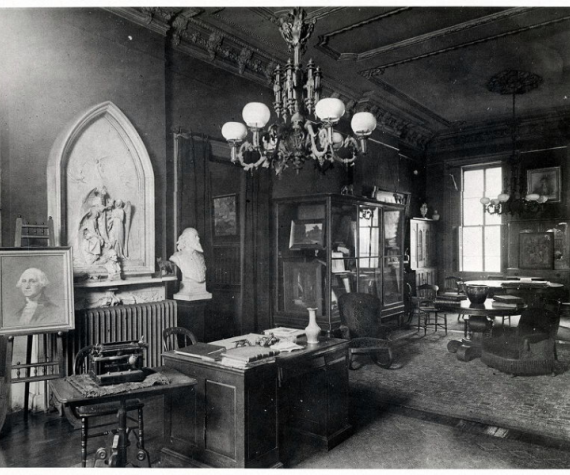 Freedom theatre is situated at 1346 North Broad Street in Philadelphia, Pennsylvania. The brick building with brownstone spans almost the whole block and is three stories high. The interior space occupies around 60,000 square feet. There are small classrooms, meeting rooms, and a black box theatre, which is also often used as a party or reception space because it features an adjoining kitchen. Located inside is also a private reception lobby, which used to be a formal parlor, and the 299 seat John. E. Allen, Jr. Theatre. The original townhouse includes a later addition to the south, which is where the main theatre is found. The building is one of the few standing Brownstone Mansions on North Broad Street.

The home was built circa 1853 for a brewer named William Gaul. Approximately one year later, it was bought by Philadelphia’s Edwin Forrest, one of the most famous actors of his time. Forrest made his acting debut in 1820 at the Walnut Street Theatre. Six years later, he starred as the title character of Othello, making his New York theatre debut. He continued to play Othello in Bowery Theatre which earned him acclaim and sold-out performances across cities. According to the Freedom Theatre website, he became the highest paid performer in the United States and one of the first American actors to be deemed an international star. Unfortunately, his popularity declined a few decades later when his reputation was tarnished due to his public divorce and a dangerous rivalry with another actor. Edwin Forrest lived in his North Broad Street home until his death in 1972.

In the same year of his death, the home was listed on the National Register of Historic Places for its architecture. The building was then owned by the Philadelphia School of Design for Women between the years of 1880 and 1960. This was when the addition to the back of the house was constructed, for the purpose of studio space. Because the building is the only standing structure associated with the Philadelphia School of Design for Women, it was recognized as a National Historic Landmark in 1993. From 1960 - 1968, the space was owned by the Philadelphia Cotillion Society.

New Freedom Theatre was founded in 1966 by John E. Allen, Jr. For two years, the organization operated out of a storefront in North Philadelphia. In 1968, Robert E. Leslie Sr. teamed up with Allen and helped secure the mansion on North Broad Street as a theatre space. Freedom Theatre is Pennsylvania’s oldest black theatrical organization and serves the black community in the city. The institution provides professional instruction in acting and production. Notable alumni include Leslie Odom Jr. from the originating cast of Hamilton on Broadway, Erika Alexander from the Cosby Show, Samm-Art Williams, and Wayna Morris. The theatre’s mission statement is the following: “Rooted in the African American tradition, New Freedom Theatre is an institution dedicated to achieving artistic excellence in professional theatre and performing arts training for the enrichment of the community.”

Rooted in the African American tradition, New Freedom Theatre is an institution dedicated to achieving artistic excellence in professional theatre and performing arts training for the enrichment of the community.
New Freedom Theater Mission Statement 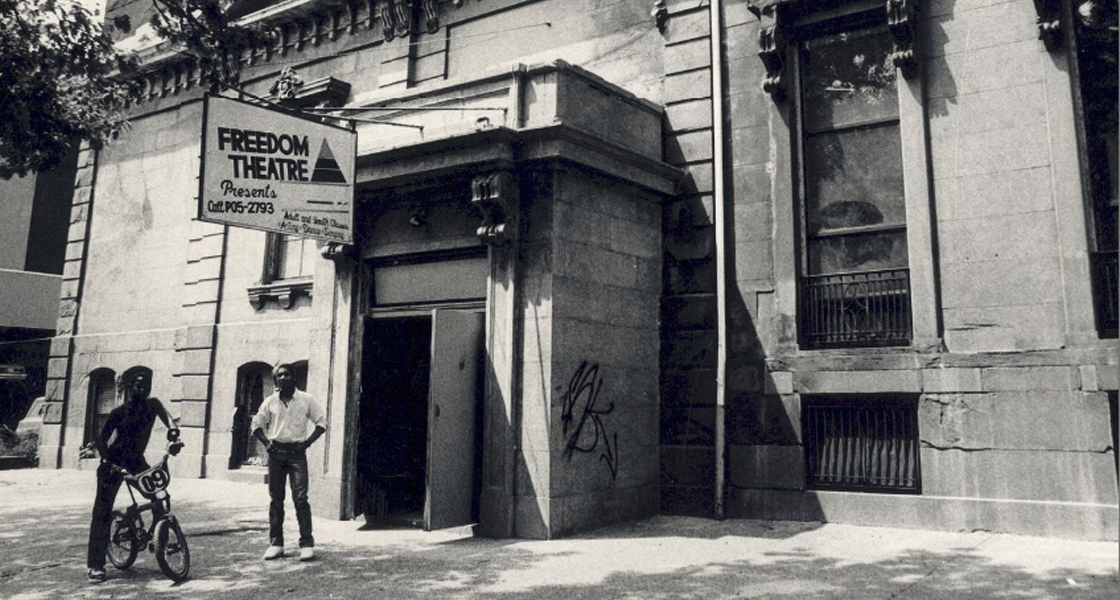 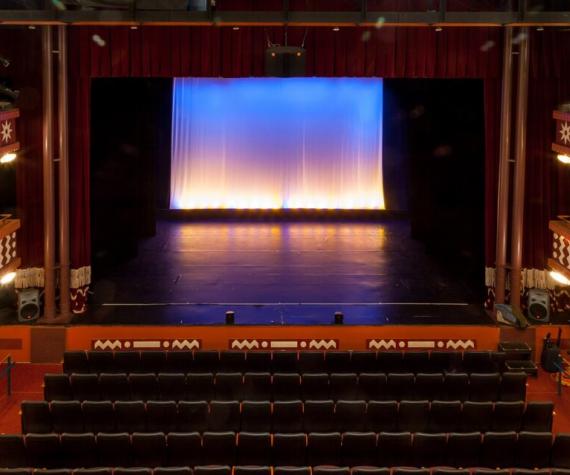 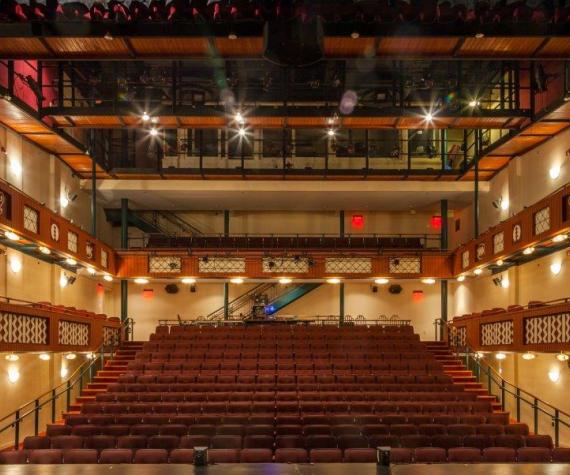 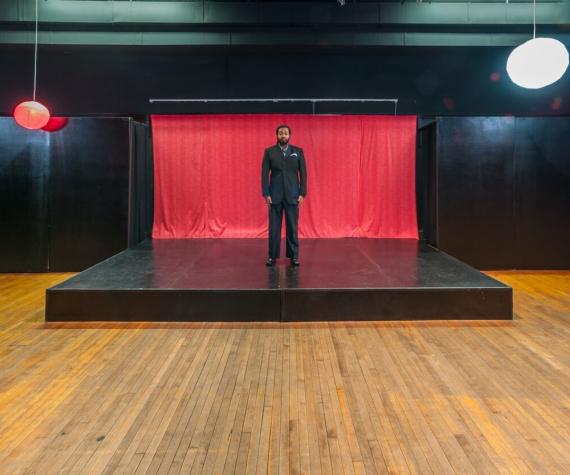 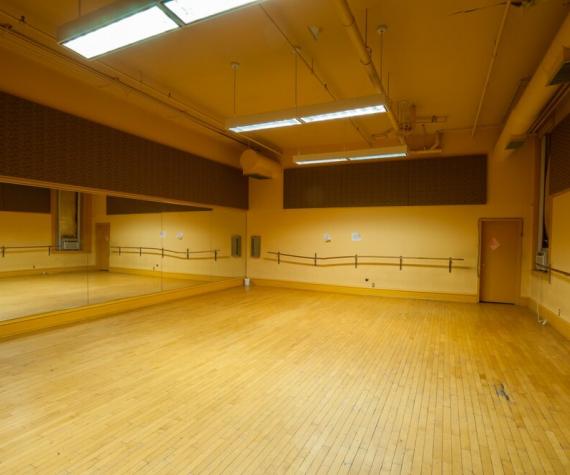 What makes New Freedom Theatre stand out is the art that they produce. They portray African American plays and tell stories about issues affecting nearby communities. In 2016, they premiered The Ballad of Trayvon Martin, a play about Martin’s life and legacy as well as his role in the Black Lives Matter movement. The theatre frequently produces Black Nativity, which mixes traditional holiday carols with African music and gospel music to create an African holiday musical. In addition, the theatre tells other stories of black history such as Freedom Papers, performed in 2017 and Box, about Henry Box Brown, performed in 2018.

The theatre is nationally recognized, only the second black theatre to join the League of Resident Theatres, and was celebrated in 2001 as Philadelphia Weekly’s Theatre of the Year. Tens of thousands of students have received professional training here throughout the years. New Freedom Theatre is now 55 years old. According to Board Chair Karl Jenkins, achieving this milestone is “the miracle on North Broad Street” because African American institutions for the arts do not traditionally survive.

The New Freedom Theatre has certainly faced their fair share of struggles: namely, financial deficits and physical issues. Gentrification of the area and Temple University’s take-over of the surrounding land have made it difficult for the building to survive and for the organization to maintain their voice. Because of the building’s old age, there has been a great need for physical repair. In 2018, the extreme winter weather caused pipes to burst which resulted in flooding and the destruction of ceilings, walls, and floors which had just recently been refurbished. This incident forced the building to remain closed for a large portion of the year. Executive Producing Director Sandra Norris Haughton, a Wharton graduate, has done a stellar job of keeping the theatre alive and well. She has retired almost $6 million of debt. There are still residual financial struggles and ongoing repair needs. Haughton retired last year, but the organization is still working to preserve the history of the site itself and the history of the black America through its rich theatrical performances.