The Excelsior Club in Charlotte, North Carolina is the first black night club in the city of Charlotte. It is situated at the West End neighborhood which is a place known for its richness in terms of black heritage, however due to issues such as rising rents and tax policies, much of that heritage was lost. The Excelsior is a rare historic site that maintains its authenticity to this day. 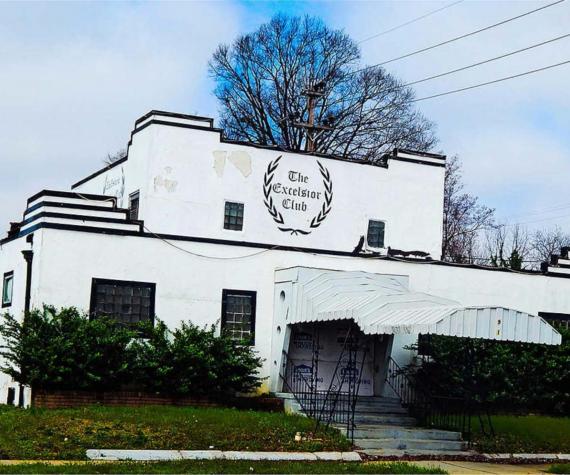 The Excelsior Club was opened by Jimmie McKee in the 1950s. McKee was an African American who worked as a mail clerk and as a bartender at a club for white members. As he noticed the need of a gathering place where the black community would enjoy, he founded the Excelsior Club, which ran on a members-only system. In a short while, it became a considerably attractive cultural hub for local members the black professional middle class. Prospective members needed recommendations and they went through serious screening before they were accepted.1 The site served as a cultural, social and political gathering space for not only the black community but also politicians seeking the support of black voters. Jimmie McKee was known as a philanthropist as a result of his efforts to support more African American participation in political activity since he started the club. He was even chosen as “Man of the Year” by the local entities from the Democratic Party thanks to his contributions.

The site is historically significant as it was the first black-only club in the city of Charlotte. Its inclusion in Victor Green’s Green Book adds to the historic importance of the Excelsior. A third point to note is that the site repeatedly served as a political hub: At the Excelsior Club, white democratic candidates came to ask for support from the black community as early as in 1946. In the near past, people gathered to celebrate the presidency of Barack Obama. [1]

Having served as a safe space for the black community throughout its lifetime, the Excelsior is a site that has social value as well. Since its opening, the club was an important cultural hub for the community. Well known musicians such as Nat “King” Cole and Louis Armstrong have performed at the club’s stage.

The Excelsior Club is worth talking about as it is a beautiful place that almost fell victim to a heartless act of commodification by its owner. It is also a good example of public-private partnerships getting involved in historic preservation. The hope is that the owner stays true to his intentions of committing to connect the new use of the site to its historic & cultural significance. 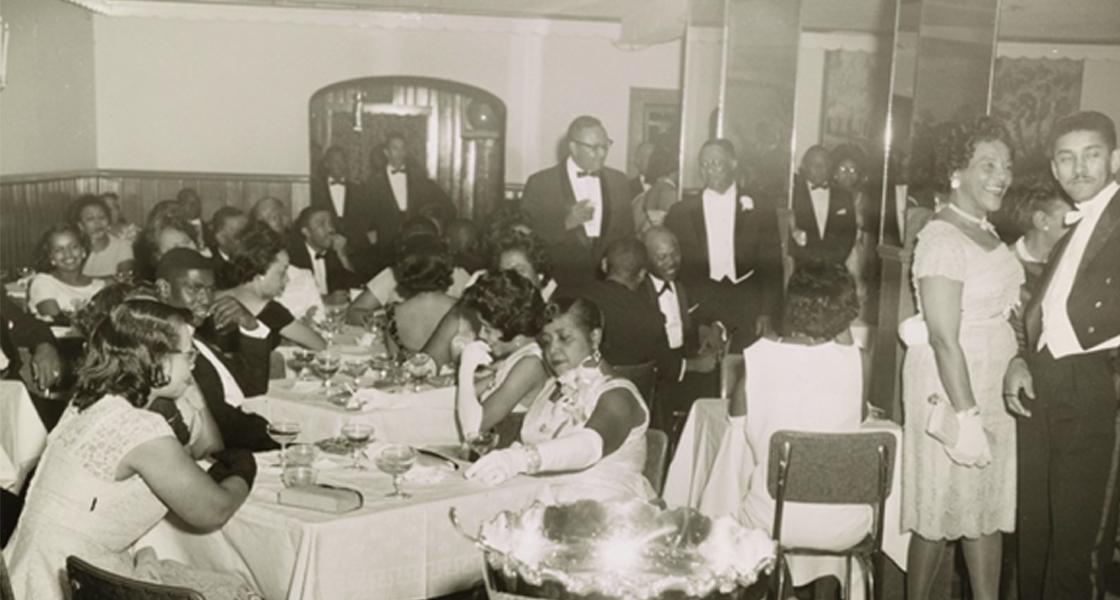 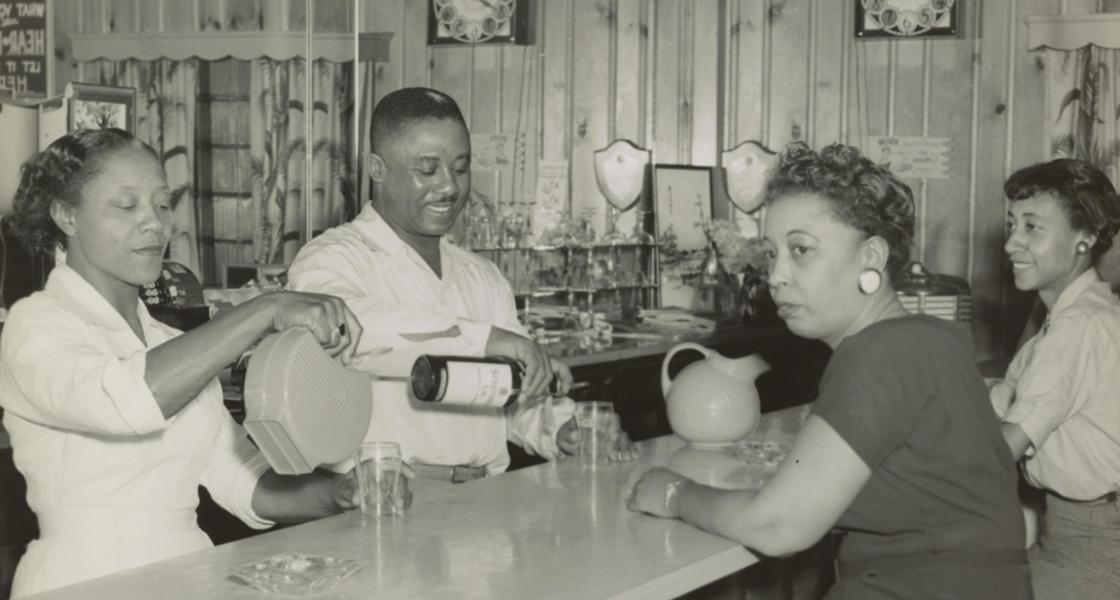 1944: McKee purchased the property and opened the Excelsior as the first black night club in Charlotte.

1946: Democratic candidate for sheriff Clyde Hunter campaigned at the club, seeking black voters’ support. (He ended up winning – this was a significant win as in general, Republican candidates were the ones who were victorious.)

1952: There was a considerable increase in the number of club members, so McKee needed to renovate and expand the Excelsior significantly. The new Art-Moderne influenced structure was large enough for 300 guests at a time.

1984: 40th anniversary of the Excelsior. McKee was also celebrated for his contributions to campaigns of African American political candidates.

1985: McKee passed away due to cancer after he sold the property to Ken Kootz.

1986: The property was purchased by NC State Representative Pete Cunningham. The Excelsior Club was designated as a local historic landmark by the local commission.

2006: The Excelsior was sold to local civil rights attorney James Ferguson before the passing of Pete Cunningham.

2010: The property was bought by Cunningham’s wife, Carla Cunningham, who acquired the club through a foreclosure process on Ferguson.

June 2018: A demolition permit was issued for the club.

May 2019: The Excelsior Club was named part of the NTHP’s 11 Most Endangered Places list.

December 2019: The city and the county commissions voted to contribute 50,000 dollars to the sale of the club, initiating a public-private partnership, along with support from Knight Foundation and the Foundation for the Carolinas.

January 2020: California-based company Kenwood Investments purchased the property and the venture was complete.

Blacks needed a place where they could drink and not have to hide. I had no idea it would turn into what it is today. I opened it for a kind of civic and social organization. It still is.
McKee at the 40th anniversary of the club 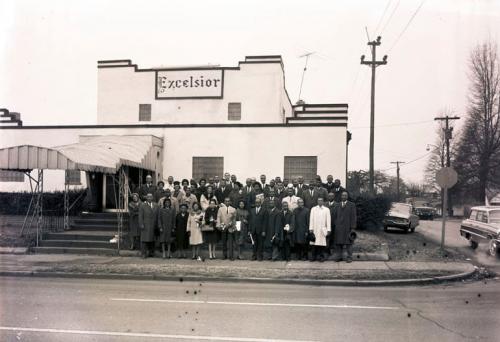 As of August 2020, the property owners have been searching for the right team made of black professionals for the revitalization project. Project consultant and architect Darrell Williams stated that the owners are respecting the site’s Green Book-associated heritage as well as the sociocultural significance for the community. [2] Current plans of use include a possible gallery space as well as a boutique hotel at the site. 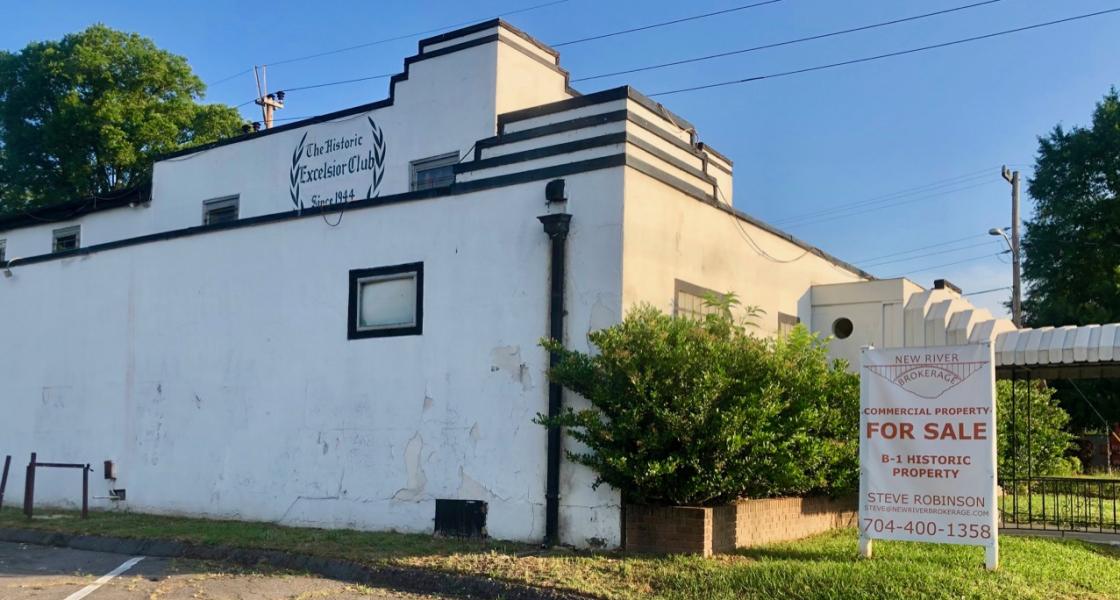