Beneath present-day Central Park once stood Seneca Village, a majority African American community that existed from 1825 (two years before slavery ended legally in New York) till the day it was razed in 1857. Most of what is known about Seneca Village comes from census data, city records, and archival materials. The population of about 260 was two-thirds free African Americans and one-third Irish immigrants and had three churches and one school. The records paint a picture of an economically stable working- and middle-class community that owned property and valued education. [1] In the 1850 census, Seneca Village’s Black landowners comprised 20% of New York City’s total; this, combined with its church community, made it the “epicenter of black political power in Manhattan during the mid-19th century." [2,3]

The story began with Black land purchases—three lots by Andrew Williams, six by trustees of the African Methodist Episcopal Zion Church, and another twelve by Epiphany Davis. [4] At that time, Seneca Village’s location was considered beyond the edge of the city; despite historical narratives that downplay the presence of slavery in northern states, during the Antebellum period Black Americans faced profound discrimination, violence, and racism along with the threat of being sold back into slavery via the “Reverse Underground Railroad.” Claiming space a distance away from the city allowed for a level of “physical, psychological, and social space” that would have been hard to come by otherwise. [5] As Seneca Village became increasingly established, New York City was expanding. The site and construction of Central Park were authorized in 1853. [6] Over the course of its construction, the park would displace 1600 people, seizing land by eminent domain. [7] This was neither the first nor the last Black community in New York City to be flattened by construction—some of Seneca Village’s population growth came in the late 1830s from the displaced residents of the Black community of York Hill, which was razed to make way for the Croton Aqueduct. [8]

With the end of Seneca Village began what Brent Staples calls New York City’s “willful amnesia.” In 1871, just 15 years after Seneca Village was razed, the coffins of Margaret McIntay and another unidentified Black person were uncovered by park landscapers; despite the evidence in public records and recent memory that could explain their presence, the finding was publicly deemed a mystery. [9] Almost overnight, Seneca Village was gone and forgotten. Another 120 years would pass before Seneca Village reentered the public memory with the 1992 publishing of Roy Rosenzweig and Elizabeth Blackmar’s The Park and the People: A History of Central Park. The book inspired a 1997 exhibit by the New-York Historical Society called “Before Central Park: The Life and Death of Seneca Village” that would stay up for over a year. Based on public interest in the exhibition, the New-York Historical Society developed and published a classroom curriculum. [10] In 2001, the Seneca Village Project was formed by historian Cynthia R. Copeland and anthropologists Nan A. Rothschild and Diana diZerega Wall with the intention of gaining archaeological access to the site, continuing public outreach and education, and building grass-roots support for ongoing project work. [11]  A key aspect of the Seneca Village Project is its Advisory Committee, which was inspired by the problematic aspects of the African Burial Ground preservation process that began in 1991 and resulted in lasting distrust between Black community members around the city, representatives of government agencies, and some of the study’s anthropologists. The Advisory Committee includes descendant community members, scholars of local Black and Irish history, and interested members of the public. [12]

Will anyone pretend the park is not a scheme to enhance the value of uptown land, and create a splendid center for fashionable life, without regard to, and even in dereliction of, the happiness of the multitude upon whose hearts and hands the expenses will fall?
Hal Guernsey, 19c social reformer 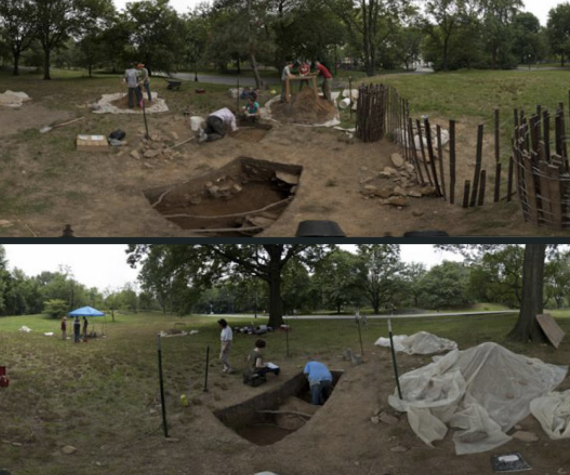 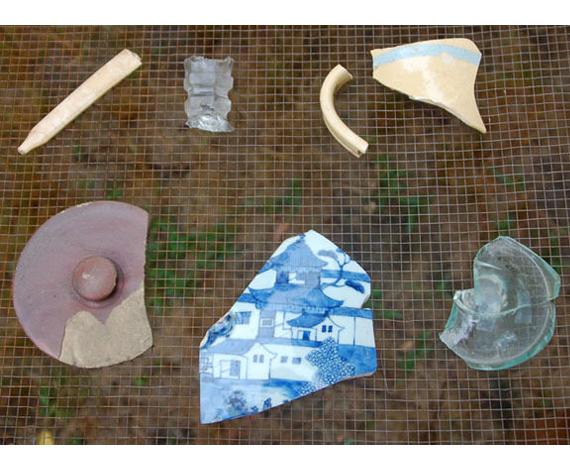 As recently as 2004, the Central Park Conservancy maintained an “official attitude toward the Village [that] has been characterized by what appears to be a reluctance to acknowledge that it ever existed”; formal acknowledgement by either the Conservancy or NYC Department of Parks and Recreation has required pressure from the Black community. [13] In 2011, after a decade of only being able to conduct small core samples and surveys by ground penetrating-radar, the Seneca Village Project team was authorized to begin a small-scale archaeological excavation. Even this came with limiting stipulations—the Conservancy required that the holes be filled and equipment removed each day. [14]  The Conservancy’s resistance to expanding the city’s historical narrative is perhaps best captured in a 2005 quote by its then-president, Douglas Blonsky: "There's a school of thought that if you have a lot of data and information from history, if there's no overwhelming reason to excavate, then leave well enough alone." [15]  Throughout these nearly 30 years of remembering and re-engaging with the existence and legacy of Seneca Village (and despite recent controversy over the potential placement of a privately-funded monument to Seneca Village’s Lyons family 20 blocks away from the site), its spatial legacy has been limited to a single permanent plaque. [16]  According to Cynthia Copeland, this insufficient— "We don’t want just the typical traditional plaque or statue. That doesn’t work for us. But something that would be really sort of a contemplative space where you could sit and meditate and kind of sit and breathe and smell and feel the ghosts of the people of Seneca Village." [17]

Ujijji Davis states that Seneca Village’s destruction set a precedent for the incompatibility of emergent and established Black American urban landscapes in the greater city landscape. Black landscape past is prologue to 20th century urban renewal and to the ongoing systemic disinvestment of the present— “the rhetoric behind razing black American urban landscapes prevails through time and resonates from a historic anti-black perspective that prevents black-grown urban areas from reaching full fruition." [18] In a moment when the general public is contemplating if and why Black lives matter, Seneca Village offers a chance to consider why Black landscapes matter. I argue that the primary question Seneca Village puts forth is one of why forgetting Black places and the violent processes that destroy them has historically been and presently remains so possible, and even sanctioned. Walter Hood takes this question further, asking “Are these memories too much for the country to bear? Are they too dark and heavy to bring forward for reconciliation?" [19]  When Black landscapes are claimed as such, Austin Allen maintains that the inaccuracies in the dominant historical narrative are revealed. [20] Preservation could be used here as a tool of reconciliation and representation, building spatially upon the narrative that has been revealed over the last 30 years to further ensure Seneca Village’s claim as a Black landscape and place of empowerment. [21]