The Center for the Preservation of Civil Right Sites

CPCRS is supporting students and recent graduates, from both Penn and Tuskegee, to write National Register nominations to preserve Black heritage sites in the Philadelphia region and Alabama. 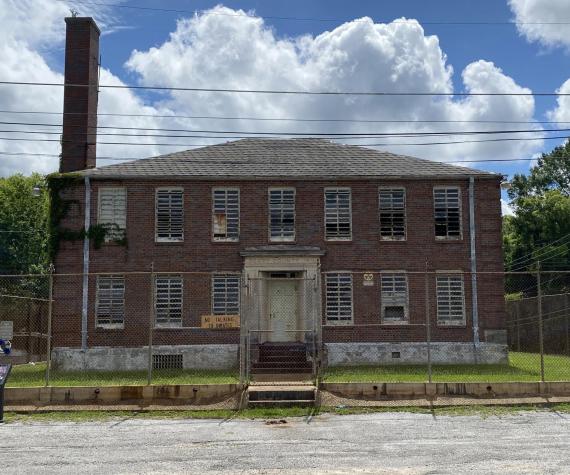 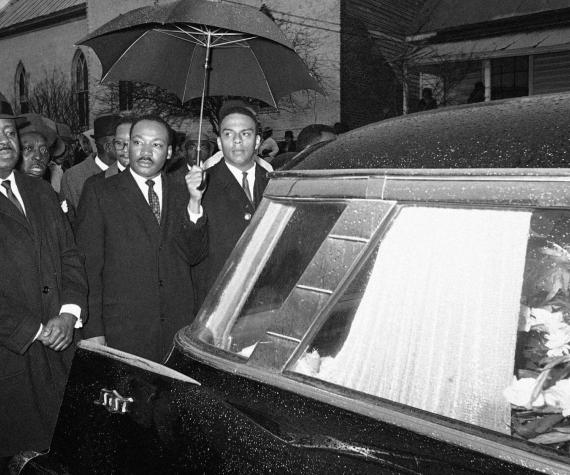 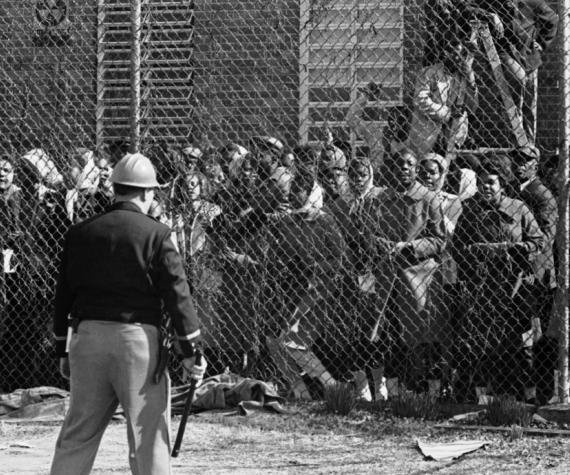 CPCRS worked with the Alabama Historical Commission to amend the National Register of Historic Places listing for the Courthouse Square Historic District in Marion, Alabama.

The district's period of significance was successfully extended to include events in 1965 that inspired the Selma to Montgomery march and spurred the passage of the 1965 Voting Rights Act. The district was the scene of pivotal acts of civil rights activism leading up to and following the murder of civil rights protester and church deacon Jimmie Lee Jackson at the hands of a white law enforcement officer. Numerous African American Civil Rights Movement supporters were incarcerated in the Perry County Jail, which was the intended destination of the February 18, 1965, march during which Jackson was shot. The nearby Zion Chapel Methodist Church (now Zion United Methodist Church) served as a meeting place for civil rights organizations leading up to the February 18th march, was the starting point for the march, and was the location of Jackson’s funeral service. This initiative was led by Hanna Stark (MSHP ‘21). 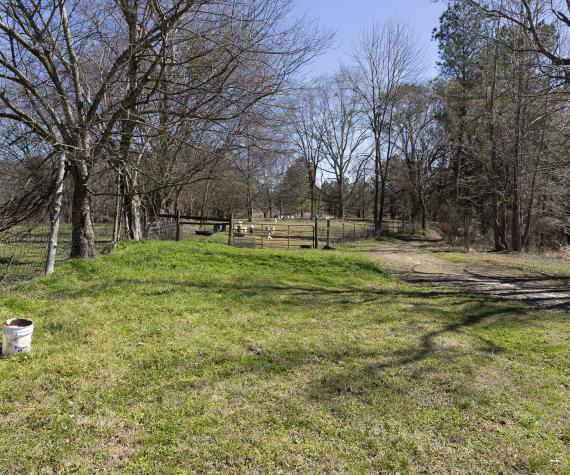 CPCRS is working  with the Alabama Historical Commission to add The Federation of Southern Cooperatives's Rural Training & Research Center in Epes, Alabama as new historic district to the National Register of Historic Places.

Formed out of the civil rights movement, the Federation of Southern Cooperatives was established in 1967 to create community-based economic development opportunities throughout the rural South for black farmers and rural communities. The Rural Training and Research Center was established when the Federation’s leadership partnered with the Panola Land Buying Association to acquire 1,200 acres of land in Epes, in Sumter County, Alabama. The Panola Land Buying Association began as a group of tenant farmers who had been evicted from their farmland and had joined together to regain land for their members. Once built, the Rural Training and Research Center and Demonstration Farm was used to offer agricultural training courses on beef cattle production, swine and feeder pig production, greenhouse production, row crop and vegetable production, and other projects. Cooperative members from all over the South learned how to plant and rotate their crops, manage livestock, and apply practices to foster personal productivity and economic growth. 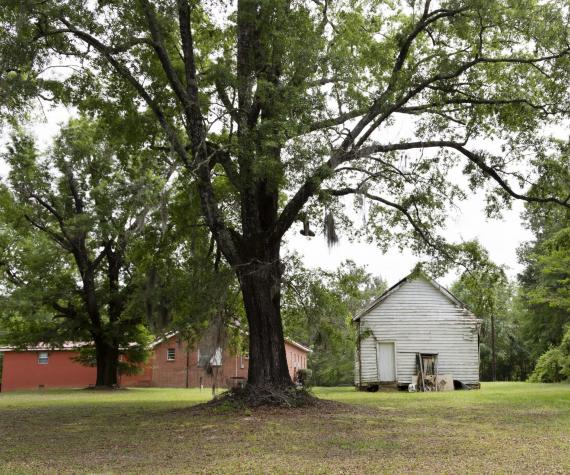 The Armstrong School is an early 20th-century school building located on the grounds of the St. Paul Missionary Baptist Church in southern Macon County, Alabama. While predating the Rosenwald School Building Fund, the school is part of the larger rural education program of Tuskegee Institute. Most of the school’s funding came from the local community, a symbol of African American self-determination and self-education. Based on the architecture of the building, one can deduce that Robert Robinson Taylor, the first African American graduate of MIT, designed the plan. The school features one classroom for students from first to sixth grade, with one teacher typically teaching for three months per year. During the school’s tenure, it served as a “roundup” center for the U.S. Public Health Service Syphilis Study begun in 1932. Following the Supreme Court’s 1954 Brown V. Board of Education of Topeka ruling to integrate schools, the Armstrong School closed. Following this, the school continued to serve as a social space for the church congregation. The church actively used the school building until 2005, when many of its functions were relocated to a newly constructed Fellowship Hall.

In 2018, Ms. Dorothy Mabson Woody, a descendant of Rev. U.G. Mabson (founder of the church), reestablished the connection between the Armstrong School and Tuskegee University (formerly Institute). The church hopes to rehabilitate the school into an educational space to highlight the site’s history. Collaboration of Weitzman’s Graduate Program in Historic Preservation and Tuskegee University’s Department of Architecture focuses on developing a preservation plan for the site. Hanna is contributing to this plan by drafting a National Register of Historic Places nomination for the Armstrong School. 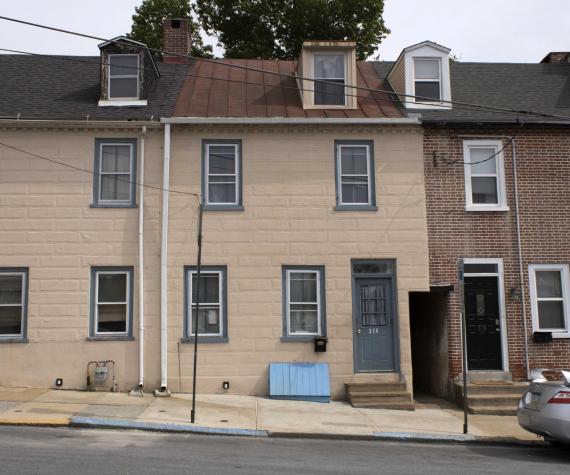 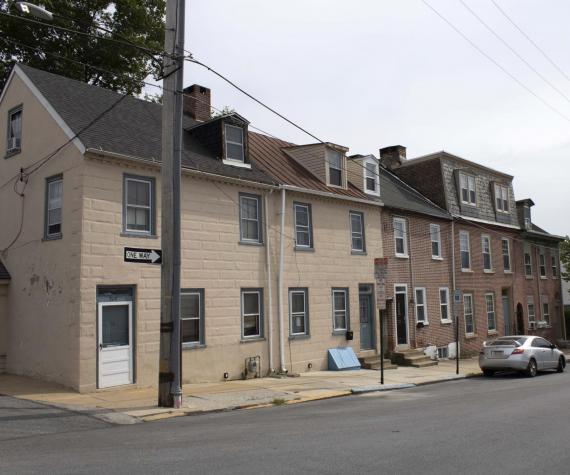 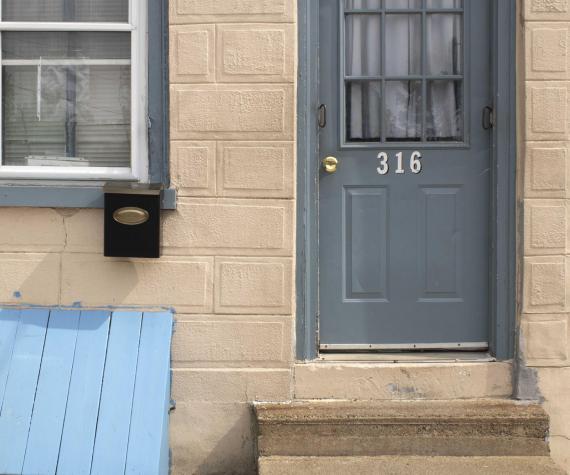 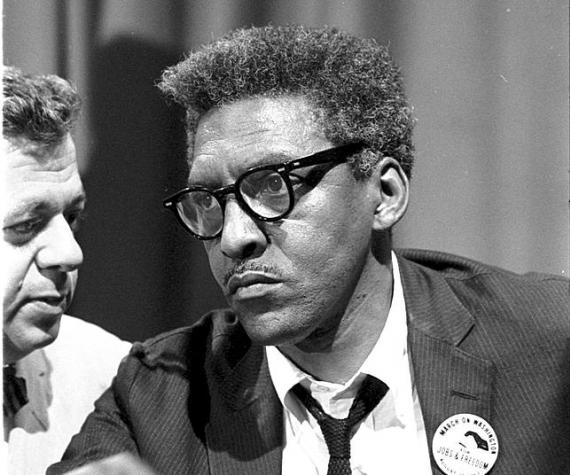 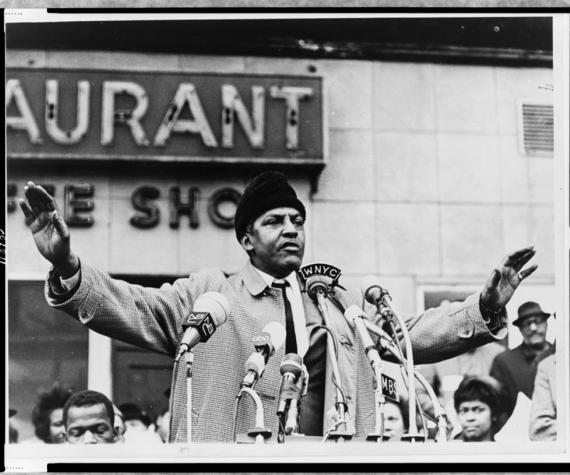 CPCRS is researching one of the childhood homes of Civil Rights leader Bayard Rustin, located in Chester County PA, for a National Register nomination. Bayard Rustin was an organizer and leader of many social movements in the twentieth century, including civil rights and gay rights. He was the primary organizer of the March on Washington and advised Martin Luther King Jr. on nonviolent protest methods. Rustin was raised by his maternal grandparents, Janifer and Julia Rustin, and lived at 316 W Gay Street during his teenage years.

Raised by Quakers, Julia was a member of the local NAACP chapter and a community organizer. The Rustins were central members of the Black West Chester community; their home was a refuge for Black families from the South during the Great Migration and they hosted several Civil Rights leaders including W.E.B. DuBois.The nomination will focus on Rustin’s childhood in West Chester and the influence this environment of community support and activism had on Rustin’s life and later Civil Rights work. While several places in West Chester are named after Rustin—including a park and the high school—this will be the first building in the Historic Register that recognizes his childhood and connection to Chester County.